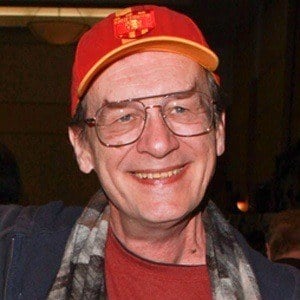 Legendary artist best known for his horror comics and illustrations as seen in Marvel and DC. He's most notable for co-creating the Swamp Thing in House of Secrets. He had many collaborations with novelist Stephen King.

He drew his first professional comic book story called The Man Who Murdered Himself in 1968.

Episode 16 season seven of The Walking Dead was dedicated to him in memory.

He had two sons named John and Jeffrey with his first wife Michele Wrightson. He was later married to Liz Wrightson until his death on March 18, 2017, after a long battle with brain cancer.

He met Frank Frazetta at a comic-book convention, where he was first inspired to produce his own stories.

Bernie Wrightson Is A Member Of