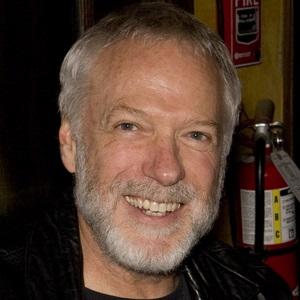 Movie poster artist who has designed iconic posters for such popular films as Star Wars: Episode IV and Back to the Future. In 2002, he received a Saturn Award for lifetime achievement.

He graduated with honors from the Art Center College of Design in Los Angeles, California and began his career designing album covers for albums like Roy Orbison.

He has a son named Christian with his wife, Dylan.

The 2013 documentary about his life's work, Drew: The Man Behind The Poster, features interviews with many filmmakers with whom he has collaborated, including director Steven Spielberg.

Drew Struzan Is A Member Of