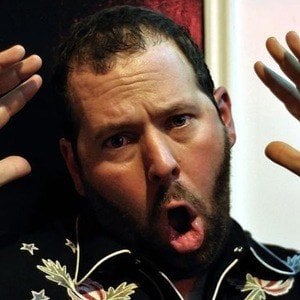 Stand up comedian with a nickname of The Machine as well as podcast host of the weekly show Bertcast. His six years at Florida State University provided inspiration for the 2002 film Van Wilder after Rolling Stone wrote an article about him.

It was in 1997 while he was a member of the Alpha Tau Omega fraternity that he was featured in Rolling Stone as the "top partier" at Florida State while the school ranked the top party school in the country.

He hosted a couple of FX Network produced shows called The X Show and Hurt Bert. He hosted a Travel Channel show called Bert the Conqueror.

Born in Tampa, FL, he remained in the northern part of Florida through college. He and his wife, LeeAnn Kreischer, have two daughters, including Ila Kreischer.

Ryan Reynolds portrayed a version of him in the film Van Wilder.

Bert Kreischer Is A Member Of