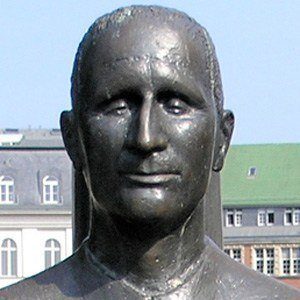 Daring German satirical playwright and director who wrote The Threepenny Opera, Life of Galileo, and Mother Courage and Her Children.

He took a small part in the political cabaret of the Munich comedian Karl Valentin in 1920 1921, which would become influential on his writing.

He opposed Aristotelian cathartic theater and instead preferred what he called epic theater.

He had a son with actress Helene Weigel in October 1924.

Bertolt Brecht Is A Member Of