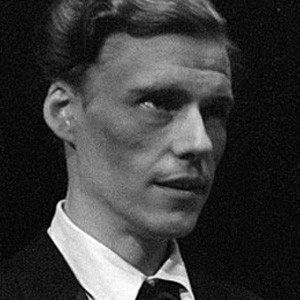 A Pulitzer Prize-winning novelist and playwright, he is best known for his 1938 drama, Our Town. His other award-winning works include The Skin of Our Teeth (a play) and The Bridge of San Luis Rey (a novel).

After graduating from Yale University in 1920, he traveled to Rome to study archaeology. Upon his return to the United States, he taught French at a high school in New Jersey. He published both his debut novel and his first play-- The Cabala and The Trumpet shall sound, respectively-- in 1926.

He received the U.S. National Book Award for his 1967 novel, The Eighth Day.

He was born in Madison, Wisconsin to U.S. diplomat and newspaper editor, Amos Parker Wilder. In his adulthood, Thornton Wilder lived with his sister, Isabel, for a long period of time. He may have been the lover of the poet and novelist, Samuel Steward.

Jack Dodson, who later achieved fame on the Andy Griffith Show, appeared early in his career in a stage production of Wilder's moving drama, Our Town.

Thornton Wilder Is A Member Of