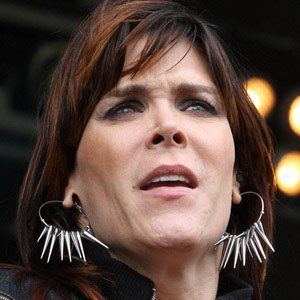 Singer-songwriter who released "LA Song (Out of This Town)," which aired on the hit television show Beverly Hills 90210.

She played in Los Angeles clubs, releasing her first album, Beth Hart and the Ocean of Souls, in 1993.

She was in the off-Broadway musical Love, Janis as the lead.

She was born in Los Angeles. She married Scott Guetzkow, who was her road manager.

Beth Hart Is A Member Of