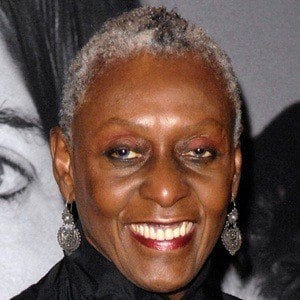 International runway model who pioneered the way for African American models through founding the Diversity Coalition. She also created her own modeling agency, which has coached the likes of Tyson Beckford, Naomi Campbell and Veronica Webb.

She worked as a garment industry salesgirl in the 1960s and became one of the first black models to walk a runway in Europe in November 1973.

She won numerous accolades including the CFDA Founder's Award for her lifelong activism duties as well as the Black Enterprise Women of Power Legacy Award.

She grew up in Brooklyn, New York. She had a son named Kadeem Harrison with her husband Donald McFadden.

She's coached and worked with model Naomi Campbell before she had an agency in the states when she was 14.

Bethann Hardison Is A Member Of