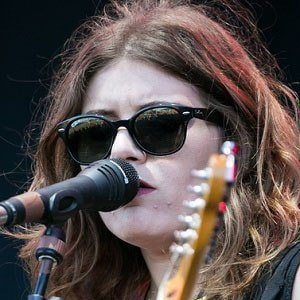 Singer and guitarist best known as one half of the rock duo Best Coast alongside Bobb Bruno.

She had competed in talent competitions, auditioned for musicals, and appeared in commercials for Little Caesars as a child. She also began writing songs at the age of fifteen.

She attended the Eugene Lang College of Liberal Arts in New York City, studying journalism and creative nonfiction. Dissatisfied with school and the city, she moved back to Los Angeles and soon formed Best Coast.

Born and raised in Southern California, she briefly lived in New York City before moving back to her home on the west coast.

Best Coast toured with Black Francis and the rest of The Pixies in 2014.

Bethany Cosentino Is A Member Of