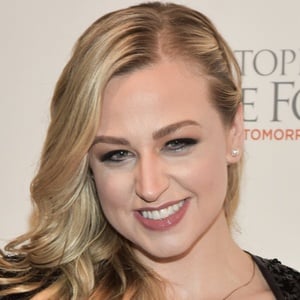 Co-host of the syndicated radio program Elvis Duran & the Morning Show who made her official debut in August of 2012. She has daily segments on the show called Morning Show Horoscopes with Danielle and Bethany, Headlines with Bethany and What's Trending with Bethany.

She was previously known as Lena Svenson on the KDWB show Dave Ryan in the Morning Show. Before getting her first radio job, she worked at a bank.

She created a web series called Whiskey Chick that premiered in 2017.

She was born and raised in Wisconsin, and spent her college days attending the University of Minnesota as a Theatre Arts major. She has also lived in Texas and New York City.

Bethany Watson Is A Member Of