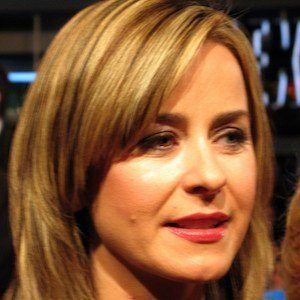 French TV host and author known for her work on Sat. 1. She also produced the Berliner Rand and published the novel Von Prada zu Pampers.

She attended HTW Berlin, where she was part of the University of Applied Sciences.

She worked at Estee Lauder Cosmetics from 1991 to 1998 before joining Sat. 1 on an internship in 1999, launching her TV career.

She and Sonja Zietlow are both known in Germany for being TV presenters.

Bettina Cramer Is A Member Of