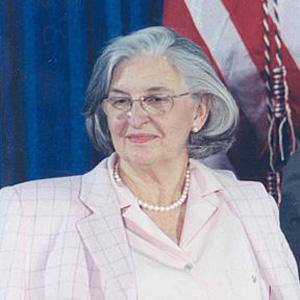 International immunization advocate and wife of former U.S. Senator and Governor of Arkansas Dale Bumpers. She was also a powerful advocate against the proliferation of nuclear weapons during the 1980's.

She was an elementary school teacher and graduate of Iowa State University.

In 1985, she won the Woman of Conscience Award from the National Council of Women of the United States.

She had three children with her husband Dale Bumpers, whom she married in 1949.

She collaborated with Bill Clinton for the Dale and Betty Bumpers Distinguished Lecture Program.

Betty Bumpers Is A Member Of