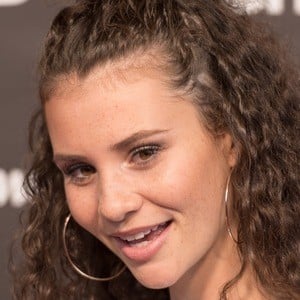 German fashion model and social media influencer who first rose to fame in 2014 competing on cycle nine of Germany's Next Topmodel. She has since gone on to grace the runway at Berlin Fashion Week and joined Topmodel on Tour.

She grew up with a rocky relationship with her mother and ended up in a youth hostel for many years of her childhood.

Following her Topmodel appearance, she had her own feature called Betty Goes Tokyo on the German tabloid network Taff.

She competed alongside friend and winner Stefanie Giesinger on the ninth season of Germany's Next Topmodel.

Betty Taube Is A Member Of