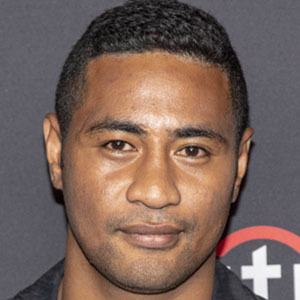 Actor who is best recognized for having played Junior Reigns on the CBS reboot of Hawaii Five-0. He is also known for his feature film roles including Thank You for Your Service in 2017 and One Thousand Ropes where he starred as Molesi.

His first experiences as an actor came during church productions. He started gaining attention in 2010 after appearing in several short films and in 2012 he made his television debut as Jared Afeaki on the series Shortland Street.

He is known for having won the Best Short Film award within the youth section at the Berlin International Film Festival in 2010 for his work in Manurewa.

He married Georgia Otene in January of 2019 and together they had two twin sons.

He shared a photo with fellow television actor Pua Magasiva through his Instagram in May of 2019.

Beulah Koale Is A Member Of