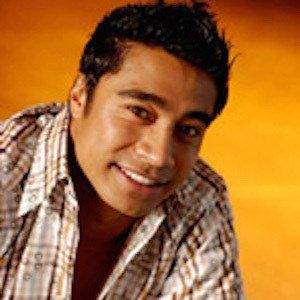 New Zealand actor who appeared in Power Rangers Ninja Storm. He was also known for his role on the New Zealand soap opera Shortland Street.

He was born in Samoa and raised in Wellington, New Zealand. His acting career was inspired by that of his older brother, Robbie Magasiva.

His stage credits included performances of Two Days in Dream, Sex with Strangers, and Where We Once Belonged.

He grew up in a family with four brothers and a sister. He was married to Kourtney Magasiva from 2012 until 2015. In 2018, he married Lizz Sadler.

He appeared in The Other Side of Heaven, a 2001 film starring Anne Hathaway.

Pua Magasiva Is A Member Of