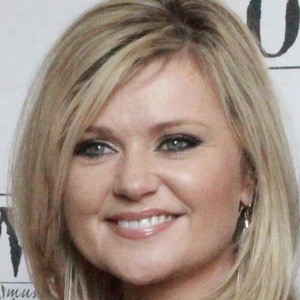 Irish country singer who released a number of albums beginning in 1998 and who co-hosted the Vancouver morning show, Breakfast Television, from 2004 to 2005.

She released her debut album, Girl Out of the Ordinary, in 1998 and went on to become part of the female musical trio Lace in 1999.

She was cast as the singing superheroine, Dazzler, in X-Men: The Last Stand but did not appear in the film because her character was cut from the film in the final edits.

She was born in Belfast, Northern Ireland but immigrated to Canada as a child with her family.

She was part of the musical trio, Lace, which was produced by David Foster.

Beverley Mahood Is A Member Of