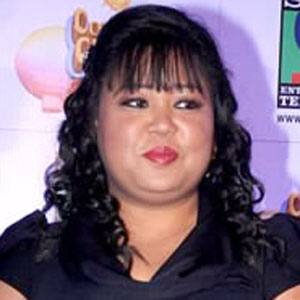 Early in her career, she was a runner-up on Season 4 of The Great Indian Laughter Challenge.

She made guest appearances on both Bigg Boss 7 and Nach Baliye 6.

She was born and raised in Amritsar, Punjab, India alongside her sister, Pinky. In 2017, she married long-term beau Harsh Limbachiyaa.

She and fellow Indian comedian Kapil Sharma both competed on The Great Indian Laughter Challenge.

Bharti Singh Is A Member Of