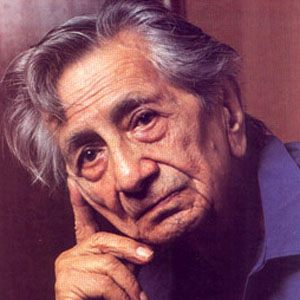 Best remembered for his historical novel-turned-screenplay, Tamas, this 20th-century Indian author also wrote several plays (including Madhavi and Hanush) and acted in such films as Little Buddha and Mr. and Mrs. Iyer.

After studying at Khalsa College, Amritsar, he earned an advanced degree in English from Government College, Lahore. He later taught at Delhi College.

During the late 1950s and early 1960s, he lived in Russia and translated works by Tolstoy and other famous Russian writers into the Hindi language.

Born in Rawalpindi, British India (present-day Pakistan), he settled in Amritsar, India during the years of the Indian Independence Movement.

He and Indian poet Kamala Surayya were both recipients of their country's most prestigious literary honor: the Sahitya Akademi Fellowship.

Bhisham Sahni Is A Member Of