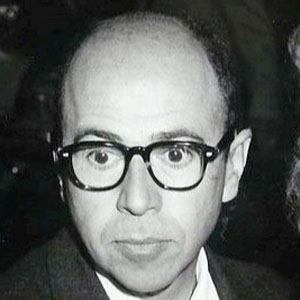 Emmy Award-winning American screenwriter, director, and producer who is known best for his work as the head writer and producer on the sitcom I Love Lucy.

He attended Stanford University and later made his broadcast debut on radio performing a comedy sketch he he had written on KFRC in San Francisco.

He was also known as an inventor and invented the in-the-lens teleprompter.

He married Estelle Weiss in 1947, and they had two children.

He created and produced the sitcom Glynis starring Glynis Johns in 1963.

Jess Oppenheimer Is A Member Of