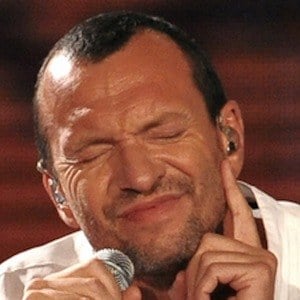 Italian singer and songwriter who's famously known for his hit album Convivendo. He also released popular singles such as It's A Message For You, Non so più a chi credere, and Liberatemi.

He began learning how to play drums at an early age. He participated in the 38th Sanremo Music Festival in 1988.

He released his debut album Sono cose che capitano in 1989.

He has a brother named Graziano. He has two sons, Giovanni and Paolo, with Marianna Morandi.

Biagio Antonacci Is A Member Of