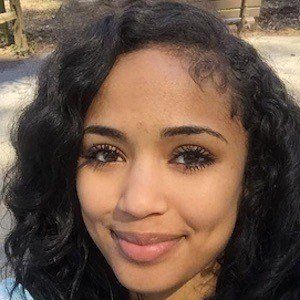 Became an Instagram sensation by posting selfies and photos of her friends and extended family.

She began her road to social media fame in May of 2012 when she posted her inaugural photo to Instagram.

Though her Instagram was predominantly photos, she was also known to do Q&A videos on the photo sharing app.

Both she and Nicole Janigail became incredibly popular stars on Instagram.

Biasia Banks Is A Member Of