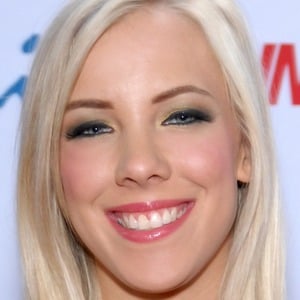 Retired adult film star also known as Brittney Beth who made waves in 2011 when she posted a picture to social media with Patriots tight end Rob Gronkowski. She was wearing his NFL jersey and he was topless in the photo.

She started her entertainment career as an exotic dancer. She became the youngest performer to sign with Digital Playground, when she did so at 19.

She originally retired from the adult film industry in 2012 before returning briefly in 2013. Gronkowski was offered the equivalent of his 2014 base salary ($3.75 million) to act in a scene with Jones.

Born Britney Maclin, she married Jim Grdina in 2014 and has two children.

Bibi Jones Is A Member Of