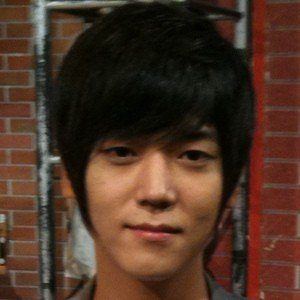 Korean-Taiwanese singer who rose to fame in 2010 after the release of his first self-titled EP. His song "I'll Be Miss You" became the opening theme song on the Taiwanese drama Someone Like You and he also guest appeared in the first episode of the show.

He got into music as a kid and was lead singer of his band in high school.

His name Bii stands for his dual persona since he is was born and raised in Korea but is not allowed to have Korean citizenship due to his father being a foreigner at the time of his birth.

He was born and raised in South Korea to a Taiwanese father and a Korean mother. He has a younger brother named Pil Seo Young.

He performed overseas for the first time in 2015 and covered Justin Timberlake's "Like I Love You."

Bii Is A Member Of