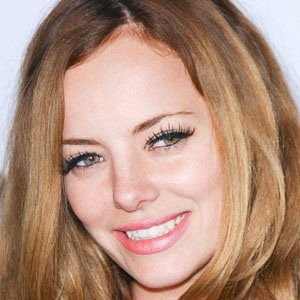 American model and film actress who became known for her roles in the 2005 film Havoc and TV's Raising Hope.

She began living on her own in New York City at the age of fourteen.

She had one of her first mainstream starring roles in the 2007 horror film Hostel: Part II.

She married actor Danny Masterson in 2011. She and Masterson have a daughter named Fianna.

She starred in Havoc with Anne Hathaway.

Bijou Phillips Is A Member Of