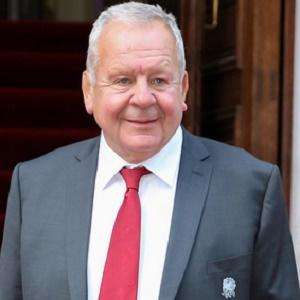 Former lock for England who also played for Lancashire from 1972 to 1982. He later became Chairman of the Rugby Football Union.

He began playing for Fylde Rugby Club as a seventeen-year-old in 1969.

He won a then-record thirty-four caps for England as a lock.

His family has owned a textile business in Lancashire, England.

He and Lawrence Dallaglio are both former English national rugby union team captains.

Bill Beaumont Is A Member Of