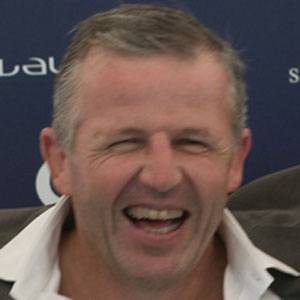 Fly-half who played professionally for Banco Nacion from 1966-1990.

He played junior soccer for Boca Juniors, before switching to rugby.

He made 58 caps for Argentina from 1971-1990, before being inducted into the International Rugby Hall of Fame.

In 1991, he was made Argentine Ambassador to South Africa by Argentina's President Carlos Saul Menem.

Hugo Porta Is A Member Of