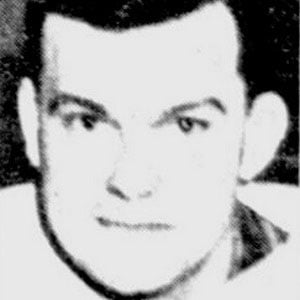 NHL Hall of Fame goaltender who helped the Montreal Canadiens win Stanley Cup Championships in 1944 and 1946.

He won the Allan Cup with the Kirkland Lake Blue Devils in Canada's top amateur league.

He was ambidextrous and could handle the stick with either hand. Oftentimes he was able to switch sides right before a shot.

He won a pair of Stanley Cups alongside the great Maurice Richard on the Canadiens.

Bill Durnan Is A Member Of