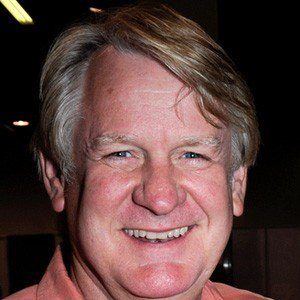 Voice of Disney's Goofy, Pluto, and Horace Horsecollar who took over the parts in the late 1980s. He played multiple characters in the popular movie Space Jam. He has amassed over 250 different acting credits throughout his long career.

Never growing out of his love for cartoons, he began in his adult life imitating some of their voices, holding a special fondness for Goofy.

As a second-generation Disney voice actor, he inherited his role around the same time the company brought in new actors for Mickey Mouse and Donald Duck. He has acted in Mickey Mouse Funhouse since 2021.

He was born in Pratt, Kansas. He and his wife Jennifer have a son named Austin.

He studied voiced acting under Daws Butler, who gave the original voices to many Hannah Barbera cartoon characters.

Bill Farmer Is A Member Of