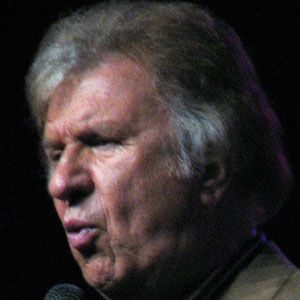 Grammy Award-winning contemporary Christian singer and songwriter who sang with the Gaither Vocal Band from 1980 to 1984.

He formed the Bill Gaither Trio with his brother Danny Gaither and his sister Mary Ann.

He wrote "The Longer I Serve Him," "The King Is Coming," "Because He Lives," and "Sinner Saved By Grace," among other songs.

He married Gloria Gaither in 1962 and had three children named Benjy, Amy, and Suzanne Gaither.

He toured with Mark Lowry and helped make him famous.

Bill Gaither Is A Member Of