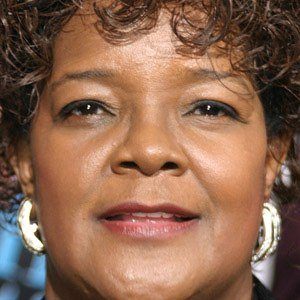 Grammy Award-winning gospel singer and pastor known as the First Lady of Gospel Music. She started her career in the 1950s, earning a Lifetime Achievement Award in 2017 from The Recording Academy.

She performed with such icons as Patti LaBelle and Whitney Houston.

Shirley Caesar Is A Member Of