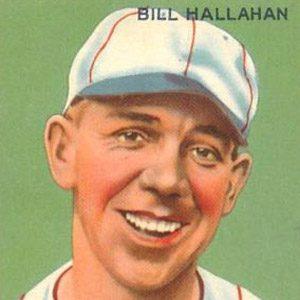 MLB pitcher popularly known as "Wild Bill". He is best remembered for winning the 1931 World Series with the St. Louis Cardinals, where he recorded a save in Game 7.

He played for the Cardinals' AA team, the Syracuse Stars, for a season before being called up to the majors in 1925.

He was the National League's starting pitcher in the first-ever All-Star game in 1933.

He had a daughter named Marion with his wife Mary.

He won the 1931 World Series with the Cardinals alongside teammate Pepper Martin.

Bill Hallahan Is A Member Of