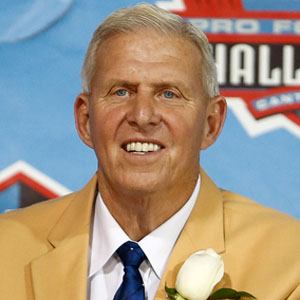 He was offered a contract with the Philadelphia Phillies but declined due to his father's wishes.

As a linebacker coach for the New England Patriots, he got the nickname "The Big Tuna."

He was married to Judith Goss from 1962 to 2002. His parents were Ida Parcells and Charles Parcells.

He coached quarterback Drew Beldsoe on the Dallas Cowboys.

Bill Parcells Is A Member Of