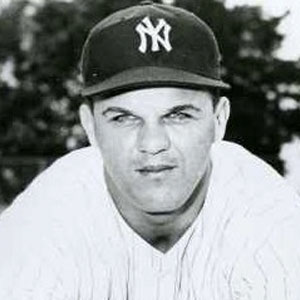 First baseman who played 14 seasons in the MLB and won five World Series titles while a member of the New York Yankees in the 1950s and '60s.

He was given the nickname 'Moose' as a child after a haircut got the best of him.

He scored the only run in Game 7 of the 1962 World Series when the Yankees defeated the San Francisco Giants.

He had one daughter, Lynette, and two sons, Greg and Steve, with his wife Lorraine.

He played with Hall of Fame center fielder Mickey Mantle for the first nine years of his career.

Bill Skowron Is A Member Of