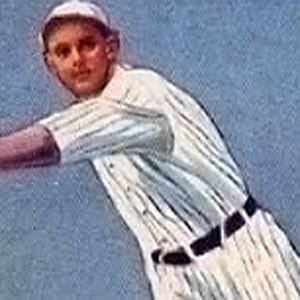 MLB first baseman who spent his entire 14-year career with the New York Giants. His .401 batting average in 1930 is the accomplishment he is best known for.

He started his baseball career in the semi-pro leagues in Georgia as a pitcher.

He managed the New York Giants in 1932, while he was still playing for the team.

He hit over .400 11 years before Ted Williams accomplished the same feat.

Bill Terry Is A Member Of