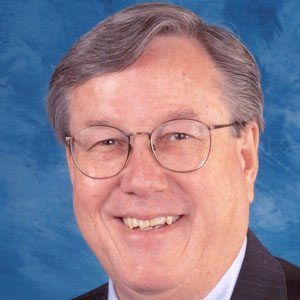 Republican politician and 21st-district California member of the United States House of Representatives. For five years of his nearly three-decade congressional career, he served as Chairman of the House Ways and Means Committee.

After graduating from San Francisco State University with bachelor's and master's degrees in political science, he taught briefly at a community college in Bakersfield, California.

In 1974, he was elected to the California State Assembly.

Though born in Wallace, Idaho, he spent the majority of his childhood in Southern California. Following their 1968 wedding, he and Sharon Lynn Hamilton raised two children.

Bill Thomas Is A Member Of