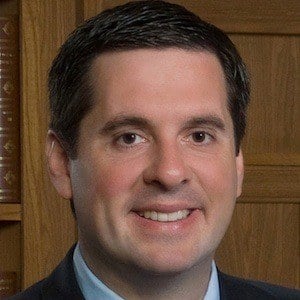 Republican politician who became the U.S. Representative for California's 22nd congressional district in 2013.

He was first elected to public office when he was 22 years old when he earned a seat on the Board of Trustees of his alma mater, the College of the Sequoias.

He is a founding member of the Congressional Hispanic Conference, a caucus of Republican Members of Congress of Hispanic and Portuguese descent.

His family is of Portuguese descent and the immigrated from the Azores to California.

Devin Nunes Is A Member Of