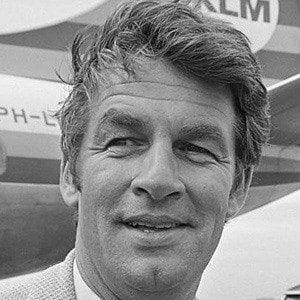 English actor, director and screenwriter who starred in many films in the 1950s and 1960s. In 1968, he appeared in A Midsummer Night's Dream, and in 1957, he played Robert Browning in The Barretts of Wimpole Street.

He served in the British armed forces as a Major in World War II and survived malaria.

He was also an animal rights activist and appeared in a television documentary about his experience witnessing the suffering of animals at zoos around Europe.

He was married to Virginia McKenna from 1957 until his death in 1994. They had four children, and he had one other child from a previous marriage.

He starred with actress Virginia McKenna in the 1966 film, Born Free.

Bill Travers Is A Member Of