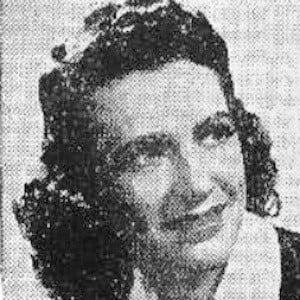 Trumpet player famous for becoming the first woman to play trumpet in a major jazz group. She played with numerous groups in the 40's, including the Woody Herman Orchestra.

She and her family formed the family band Smith's Rainier Entertainers while living in Rainier, Washington.

She was born with perfect pitch.

She came from a highly-musical family, her mother and father both being multi-instrumentalists.

She played trumpet with the Woody Herman Orchestra from 1941 to 1963.

Billie Rogers Is A Member Of