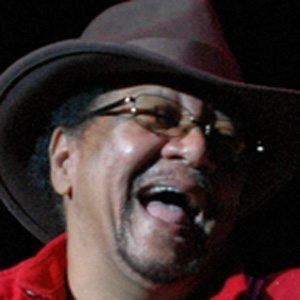 American bassist who has performed with the Band of Gypsies and with Jimi Hendrix in The Jimi Hendrix Experience.

He met Jimi Hendrix when they were both serving in the Army at Fort Campbell, Kentucky in 1961 and after leaving the military, they started playing music together in Nashville clubs.

He has also owned a video production company and has produced numerous gospel and blues shows.

He was raised with his family in Pittsburgh, Pennsylvania.

Billy Cox Is A Member Of