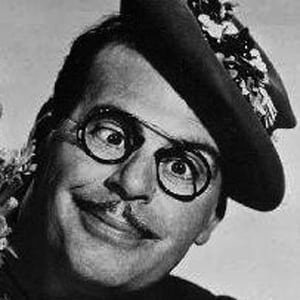 American character actor who starred in a 1953 musical revue entitled John Murray Anderson's Almanac and in the 1957 edition of the famous Ziegfeld Follies.

He started out working as an usher in the theater. He became a Paramount Pictures-signed comedian in the early 1940s.

He voiced the character of "Professor Hinkle" in a 1969 "Frosty the Snowman" Christmas television special.

He was born in Quincy, Massachusetts to a Welsh father.

He was a close friend of Doris Day.

Billy De Wolfe Is A Member Of