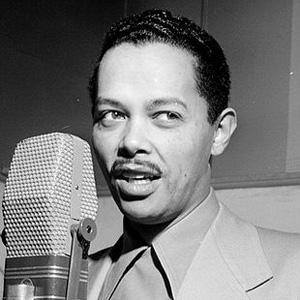 Bandleader and singer who recorded "That Old Black Magic" in 1942 and who had a successful solo career with songs like "Blue Moon."

He dropped out of Howard University after winning a talent competition and released early 1930s hits like "Prisoner of Love" and "My Foolish Heart."

He was given the Grammy Hall of Fame Award for "I Apologize."

He was a friend of and inspiration to Duke Ellington.

Billy Eckstine Is A Member Of