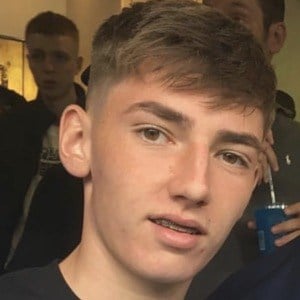 Scottish midfield phenom whose potential became apparent as a youth player for Rangers. In early 2017, at only 15 years old, he signed with Chelsea, agreeing to join their youth academy upon turning 16. He was also being scouted by English powers Manchester United and Manchester City and Spanish powers Real Madrid and Barcelona.

He joined the Ranger's youth squad at a very young age and was practicing with the senior team when he signed with Chelsea.

He was the captain of Scotland's U16 team at the 2017 UEFA Development Tournament.

He is from Scotland. He has a younger brother named Harvey.

He and Islam Feruz both signed with Chelsea while they were still playing for youth clubs in Scotland.

Billy Gilmour Is A Member Of