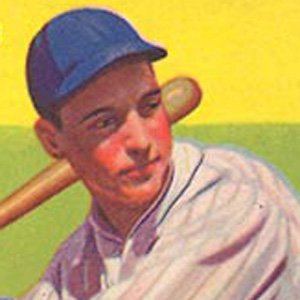 Ten-time All-Star second baseman who batted .304 during his 15-year career.

He made his MLB debut for the Chicago Cubs at age 21.

He was known for his knack of executing the hit-and-run better than anyone in baseball.

He coached third base for the Boston Red Sox and helped groom Carl Yastrzemski into a great hitter.

Billy Herman Is A Member Of