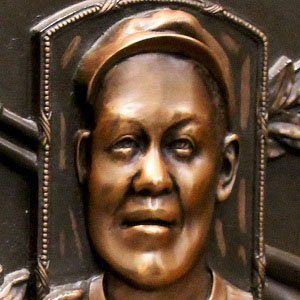 First baseman who played in the Negro League for the Homestead Grays from 1934 to 1950 and won three Negro League World Series championships.

He entered the working world at age 14 because education was not available to blacks, and joined the Negro League when he was 27.

He was selected to the All-Star game 13 times, and was inducted into the Baseball Hall of Fame in 1972.

His first wife, Sarah, died in 1966, and his second wife, Lugenia, was alive until his death; he had four stepchildren.

He was inducted to the Hall of Fame at the same time as his long-time teammate Josh Gibson, who was no longer alive.

Buck Leonard Is A Member Of