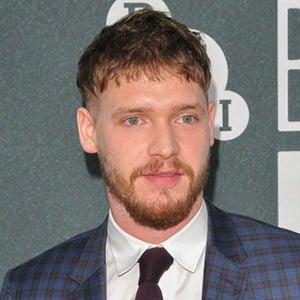 British film and television actor featured in Christopher Nolan's Dunkirk as well as films titled The Sense of an Ending, The Seagull and Outlaw King. In 2019, he began starring in BBC's MotherFatherSon as Caden Finch.

He broke through as a TV actor on the E4 series Glue in the role of James Warwick.

He was the face of a Spring season 16 campaign for Prada.

He was born in Stoke-on-Trent, Staffordshire, England. His mom was a schoolteacher and his father was a university professor. He was the second of four sons of his parents.

He starred alongside Saoirse Ronan in the film On Chesil Beach.

Billy Howle Is A Member Of