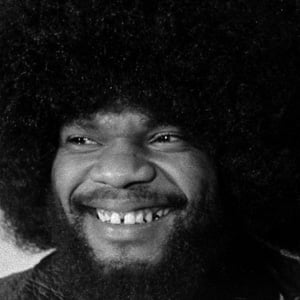 Soul and funk singer who released "Outa-Space" and "Nothing from Nothing" and played the keyboard for The Beatles on "Let It Be" in 1970.

He played the organ as backup for singers like Mahalia Jackson, James Cleveland, and Andrae Crouch.

He was convicted of insurance fraud in 1991 after setting fire to his Los Angeles home.

He grew up with his mother and sister after his parent's divorce. His mother worked as a secretary at a funeral home and as a church musician.

He and Ray Charles worked together, including playing jazz organ on Charles' album Genius Loves Company.

Billy Preston Is A Member Of