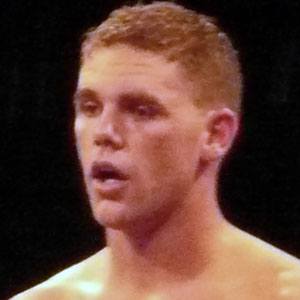 British boxer who became the Middleweight British, WBO, EBU and Commonwealth Champion. He remained undefeated in his professional career from 2009 through 2014.

He was born in Chestnut and boxed for the Hoddesdon Amateur Boxing Club.

He won each of his first forty-nine fights as an amateur.

He is the youngest son of Tom Saunders.

He defeated the son of Chris Eubank to retain his many Middleweight titles in November 2014.

Billy Joe Saunders Is A Member Of