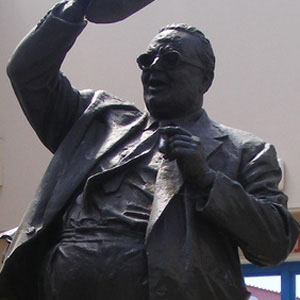 Big Top impresario remembered for his elephant acts with his Billy Smart Circus. In front of a live audience, he impressively calmed a herd of stampeding elephants.

He first performed with his father's Billy Smart New World Circus when he was just twelve years old.

He was popular in the Netherlands for a yearly children's television program called "Billy Smart's Kinderkerstcircus."

After their father passed away in 1966, he and his brothers David and Ronald took over the family circus.

He was in a relationship with actress Jayne Mansfield at one point.

Billy Smart Jr. Is A Member Of