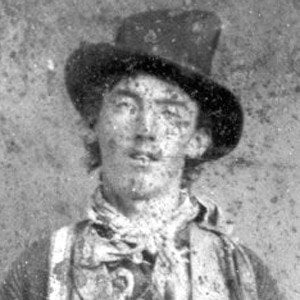 Western outlaw and hero, who was shot dead at age twenty-one by sheriff Pat Garrett.

He earned his stay at a local hotel by working there.

His lithe, well-dressed image and his young death contributed to his status as a legend of the American West.

It was said that his mother was a jovial, lively woman who baked pies and took guests in, in order to make ends meet.

Paul Newman starred in the film biography of him.

Billy the Kid Is A Member Of