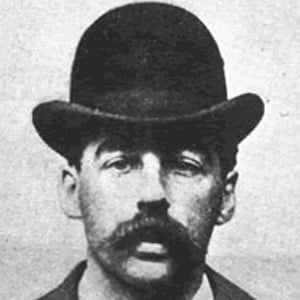 One of the first modern serial killers who could have had as many as 200 victims. His killing spree was recounted in Erick Larson's 2003 bestselling book titled The Devil in the White City, as well as a 2005 documentary.

He opened up his own hotel, later dubbed 'Murder Castle,' solely for the purpose of carrying out his crimes.

His capture, arrest, trial and eventual execution were covered widely by William Hearst.

Born in Gilmanton, New Hampshire, his father was said to be an alcoholic, and his mother a devout Methodist.

The TV series Supernatural, starring Richard Speight, included a ghostly image of him in one of the show's episodes.

HH Holmes Is A Member Of