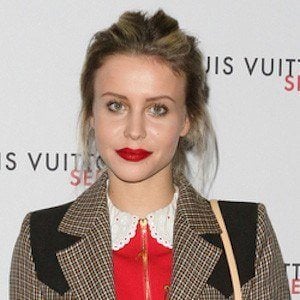 Magazine writer, reporter, and television show host who caught her big break on Channel 4's Joy of Teen Sex in 2011. She has a documentary series called Sound and Vision.

She began writing articles and columns about up and coming bands for Vice magazine, i-D and NME, among others.

BBC created the documentary series called Secrets of South America and Secrets of China for her.

She quit school and moved out of her parents' house when she was 16 years old. She's been based in London.

One of the first celebrities she posed with on camera was DJ Steve Aoki at 18 years old.

Billie JD Porter Is A Member Of